Hot Mom Summer is coming - get back outside with 15% off Elvie Double Pump. Shop now →
×

The best moments of 2017: The Year of The Vagina

Women everywhere met the deeply unsettling and devastating revelations of sexual harassment in Hollywood with a defiant #MeToo campaign, many of whose pioneers were featured on the cover of this month’s TIME magazine as 'Person of the Year'! And finally, Merriam-Webster named “feminism” the word of 2017. About damn time.

Surely vaginas finally shook off their taboo in the 2017?!

Let’s take a moment to recap the top vagina-related moments of 2017.

The Pussyhat Project made it their mission to make sure that as many people as possible taking part in the Women’s March on Washington were wearing a pink beanie hat and create a memorable collective visual statement. It worked: a sea of pink hats filled our social media newsfeeds and the press.

Elvie Trainer made it’s debut at the Oscars this year, meaning nominees including Natalie Portman, Emma Stone and Meryl Streep have their very own Elvie Trainer. Pelvic floor health just got a whole lot more glamorous, and who wouldn’t want to Kegel like the stars?!

3. Daily Show’s Trevor Noah reminds us that calling someone a “pussy” is a worthless insult

We’re partial to a vagina joke here at Elvie but all too often we hear them made in poor taste. South African comedian, Trevor Noah, proves the exception: “In my personal experience, I have found the pussy to be one of the strongest things I have ever come across in my life. "Don’t be a pussy?" Have you ever come across a pussy? You realize vaginas can start revolutions and end wars. You realize, even on a physical level, the vagina is one of the strongest things that have ever existed. Virtually indestructible... You’re saying it’s weak? You just sit on a penis wrong and it breaks.”

Watson revealed in an article for Into The Gloss - and without any fanfare, we’d like to add -  that she’s a fan of pubic hair oil. Naturally, the internet lost it and Fur Oil exploded.

5. British supermarkets finally did something about the tampon tax

Tesco led the charge in July this year by announcing that it would cut prices on nearly 100 menstrual products in order to absorb the 5% VAT cost set by EU law. Waitrose, Morrisons and The Co-op followed suit in August and other retailers have pledged to pass on a price cut if VAT becomes zero-rated (due in April 2018). UK residents can estimate the amount of tax that they have paid on sanitary products with this tool courtesy of the BBC.

In the US, nine states (Connecticut, Florida, Illinois, Maryland, Massachusetts, Minnesota, New Jersey, New York, and Pennsylvania) currently exempt feminine hygiene products from sales tax and a further five have no sales tax altogether. This means that women in the remaining 36 states are still being taxed just for menstruating.

6. The speculum got a design for the 21st century

The apparatus used to dilate a vagina during gynaecology exam is outdated - more than 150 years out of date. This on its own might not seem outrageous but the result is a cold, clinical and uncomfortable experience for most women. Two designers at Frog, a San Francisco-based design agency, went for their annual gynecology visits about a week apart and decided that the speculum needed a major upgrade.

The speculum is just the start; the team behind Yona have rethinking the entire exam experience, including an app with relaxation techniques and a reusable “comfort kit”. It might never be something that you look forward to but this could significantly improve the experience for patients and physicians. Sounds good to us!

7. Sextech got a femme-focused makeover

For too long sextech has been a male-dominated industry and sex toys designer have failed to focus on the full experience of female pleasure, assuming that women want ‘nude’ penish-shaped toys. But we now know that women appreciate good engineering, a variety of shapes and colors, not to mention clitoral stimulation! The Women of Sextech are taking matters into their own hands and we can’t imagine a group of women more qualified.

What's next for the vagina?

We can confidently say that 2017 exceeded our pelvic-floor-empowering, vagina-liberating expectations. But let’s not get complacent: there’s still plenty of work to be done and many more women that are yet to reconnect with their most intimate muscle group.

So, who’s game for taking their self-care to the next level and introducing a Kegel workout into their wellness routine?

Happy holidays and we'll see you in the New Year!

We would love to hear if you enjoyed this post - please share it on social media or let us know what you think by tagging us @elvie on Instagram or @elvie on Facebook.
Ready to invest in the gift of inner strength for your very own vagina? Buy Elvie Trainer now. 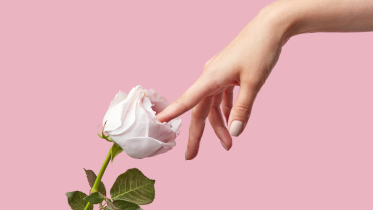 How to show your vagina some love

Here at Elvie, we’re fed up with the old V’ Day schtick. Roses are red, violets are blue. Archaic gender stereotypes, Elvie’s canceling you. We propose a new day: Vagentine’s Day. And here’s how...

Oh yes! The history of the female orgasm 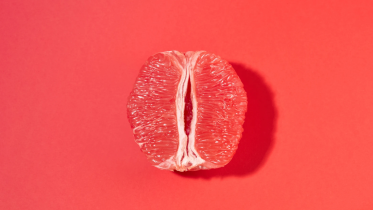 Three lies we've all heard about the hymen

Like it seems with most topics around women’s sexual health, we’ve all been told a lie or two about the hymen and the link to virginity. Unfortunately, these lies have had devastating consequences...

It looks like you're in United States so all prices will be in USD ($).

If this isn't correct or you want to change it, please select a different country here.

Please note: Not all products are available in all territories.